Riverside Speedway & Adventure Park in Groveton, New Hampshire opened their doors for the first event of the season , once again proudly celebrating the season opening NAPA Spectacular this past Saturday afternoon May 14, 2022. NAPA stores from Littleton, Colebrook and Whitefield, New Hampshire celebrated the return of the top auto parts store in the region to the top race track in Northern New Hampshire.

The Annual NAPA Spectacular Car Show started off the day’s activities. The race track was covered with beautifully prepared race cars in all of the track's eight divisions. In the Poulin Appliance & Mattress Late Models, Groveton’s, Chris Caron’s mount took the top honors. His flawless #32 glistened under the bright and sunny skies. Top dog in the R.N. Craft Street Stocks was the #169 of Brendon Rhodes of Derby, Vermont. The green machine was extremely popular with the judges. Brad Sanborn’s immaculate #8 won the Bay Haven Restaurant & Lobster Pound 350 Super Modified award. The next winner was Paxton Call from Groveton, NH in the Top Furniture Lil Rascals Dwarf Cars. The Groveton High School freshman had an awesome paint job and design on his #2 Lil Rascal. In the Dad’s 4 By Tool & Supply, Mattix Mad Dogs 6/8’s class, Guildhall, Vermont’s, Windsor Hodgdon’s, “Purple People Eater” #23, captured gold and took home the first place plaque. The youngster has graduated up to the Mad Dogs after a solid year in the Daredevils. Kamryn Ledger’s year was cut short in 2021 after a violent crash destroyed her ride, but she is back with a beautiful new White Mountains Community College #44 Lightning 4s’ machine for 2022. Kamryn is hoping for better luck this year. One of the best looking cars in this year’s show was the #01VT, Bad Boy Mowers of Morrisville Cyclones stocks cars proudly shown and driven by Jeff Champine of Lunenburg, VT. The immaculately prepared cyclone was also very quick. The final award went the #95 Daredevil youth racer car of Karson Theroux from Lyndonville, Vermont. Theroux’s machine will proudly carry the family colors for 2022.

The Humphrey family would like to thank all of the race teams that participated in the NAPA Car Show and the great pride they have in their race cars. They hope everyone has a safe and successful racing season in 2022 at Riverside Speedway and Adventure Park. 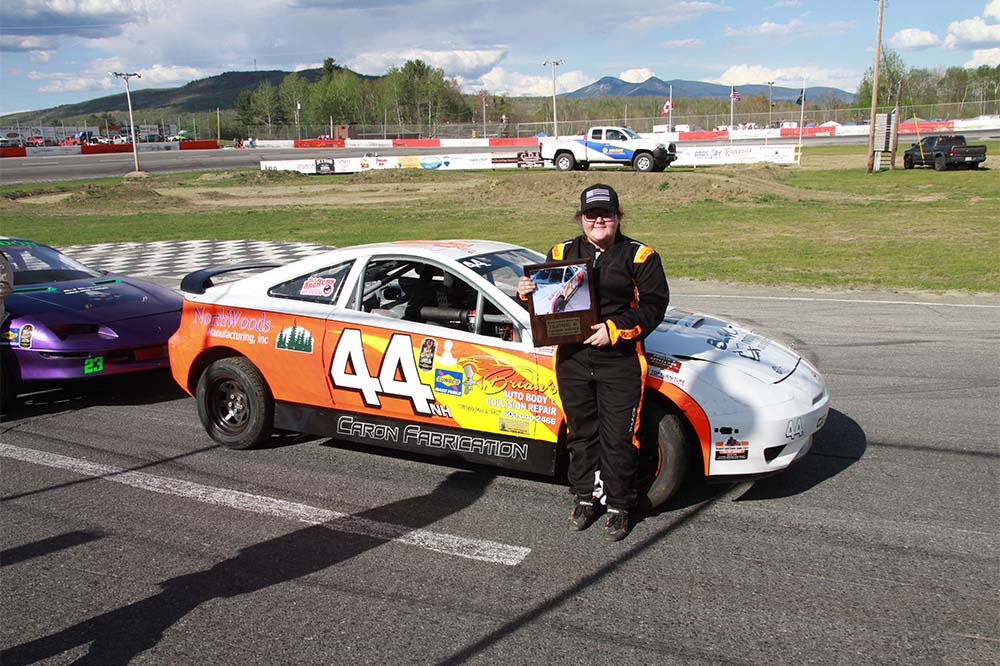 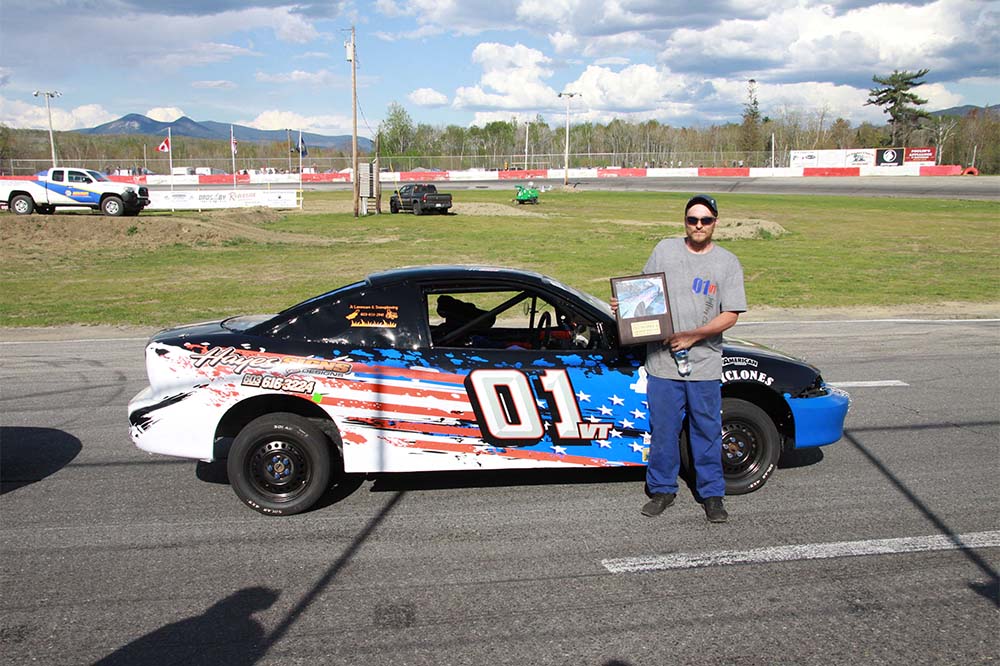 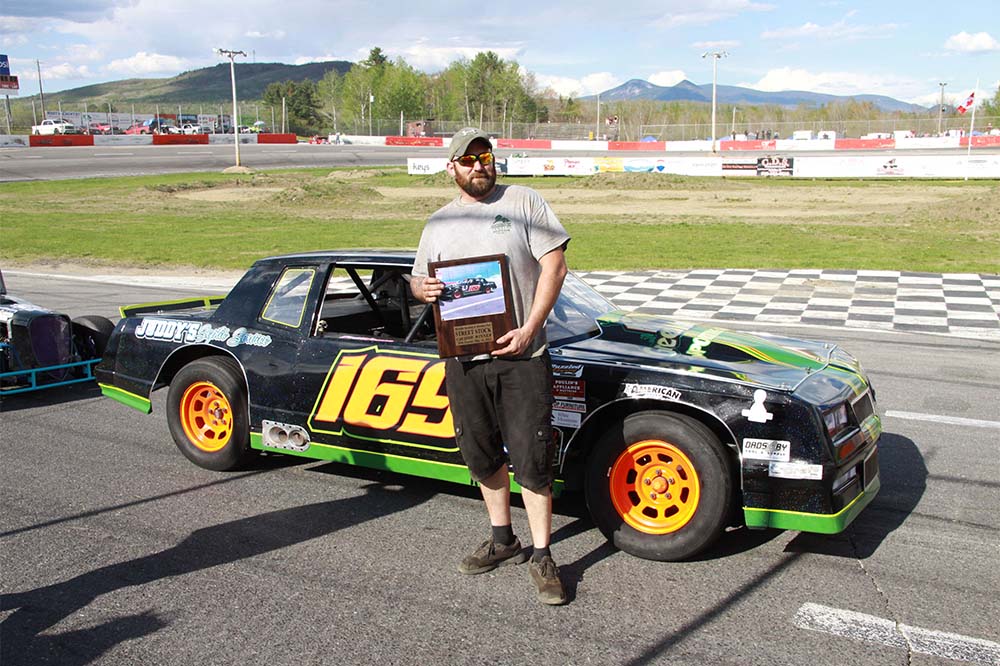 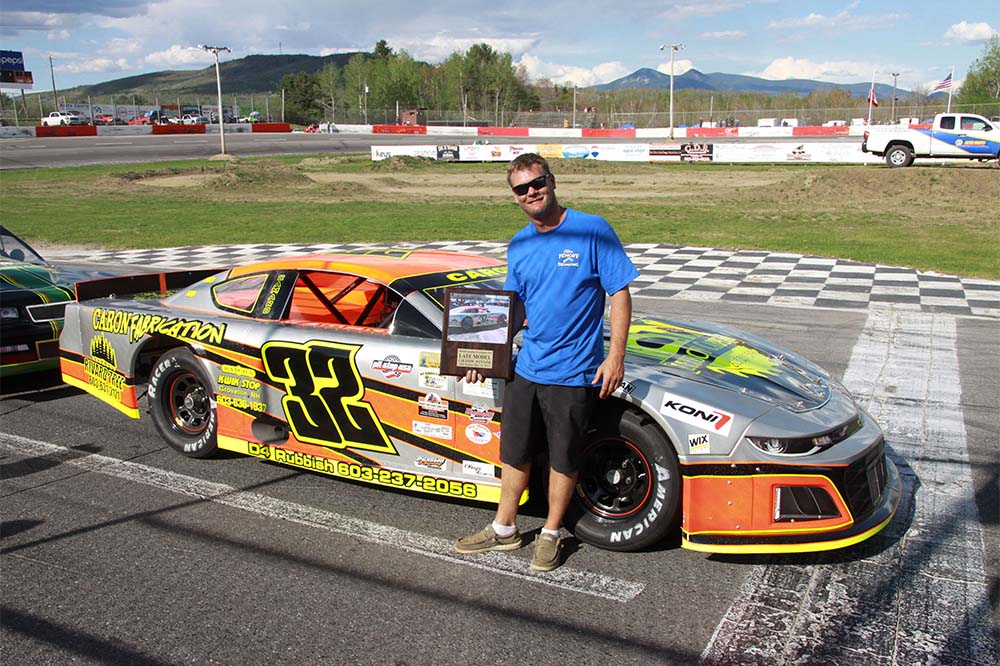 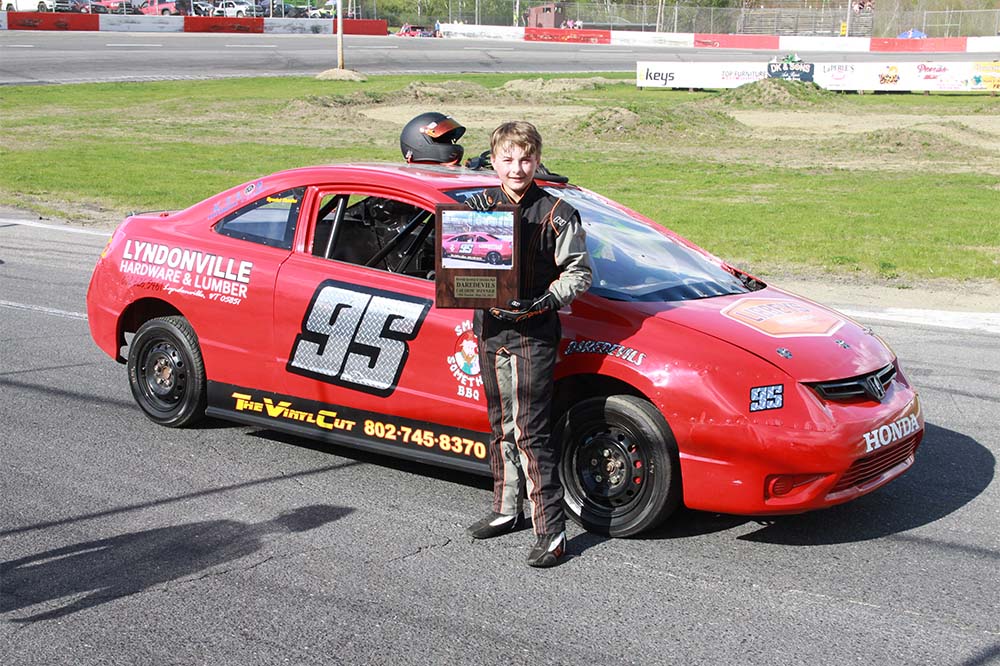